Welcome to Easy growled.  We are one of the leading LED Grow lights manufacturers and suppliers in the UK.  Since the year 2008, we are leading the way to produce the best grow lights for the market. We have spent a considerable amount of time, as well as money on the development of LED in the UK. We are specialized in manufacturing different types of  Grow light models for home and commercial uses. Our products have evolved over 14 solid years of development to be acclaimed as one of the best LED Grow Lights UK in the market. 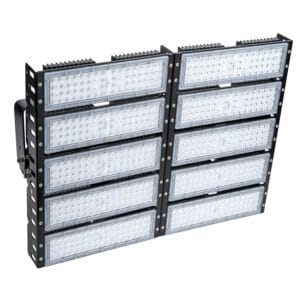 To Present Our Customers with a High-Quality Product, Giving the Best Results because We have dedicated our resources; both time and money, to ensure our grow lights do not let our customers down.When we look back, specifically 14 years ago, as a company we see how our Top LED grow lights have evolved and on how we have perfected our product over the years to deliver our customers a product that can last them several years.

Evolving over 13 years, our LED lights are now better than ever and the results only prove this.

We are one of the BEST LED GROW LIGHT company around and pride ourselves on always being one step ahead of the competition, both in price, customer care and quality of products.

Why would growers convert from HPS to LED grow lights?

Why would growers convert from HPS to LED grow lights?
LED grow lights provide the following benefits:They are more efficient than HPS in that they provide more light per watt of electricity used.The majority of them provide a broad spectrum of PAR light, which is optimal for plant health, plant growth, final yields, and harvest quality.Instead of using a reflector, the light is directed right down onto your plants and LED lasts a long time (50,000 hours)They are far cooler than other types of light that do not emit infrared rays, resulting in significantly reduced heat problems, especially in the summer.Unlike other forms of grow lights, there are no bulbs to replace on a regular basis.They barely decay during the course of their extended lives, which can last up to 11 years or even longer in some cases.They lower your lighting’s operating costs.

Unlike traditional lighting, it has no mercury or other environmentally harmful chemicals.

What Are LED Grow Lights and How Do They Work?

The term “light-emitting diode” refers to a device that emits light. A grid of hundreds or even thousands of individual diodes or chips makes up an LED grow light. The chips turn electricity directly into light, saving energy over other types of bulbs.

Each diode emits a distinct colour. A broad or partial light spectrum can be created by combining multiple semiconductors. The purplish colour of LEDs used in grow lamps comes from the combination of red and blue diodes. Many plants have various growth patterns depending on the colour spectrum they are in. During the vegetative stage, blue light is favoured, whereas red wavelengths are optimal during bloom. You may tweak and experiment with your illumination spectrum using an LED grow lamp.

LEDs, as a more evolved technology, provide a plethora of wonderful advantages for your grow room. LEDs are preferred by growers for a variety of reasons.

HID bulbs are hotter than LED bulbs. While HIDs get more efficient as they burn hotter, LEDs become more efficient as they cool. In a grow room with too much heat, moisture and condensation can build up, reducing airflow to the plants. Cooler LEDs are easier to operate with because amateur growers typically risk overheating their grow space using HIDs. When an LED grow light is cooler, it produces more photons per watt.
While LEDs are already cooler than HIDs, some types have built-in cooling fans. These fans become an asset to your setup, rather than a necessary evil. They improve your grow light’s energy efficiency, reducing your operational costs. Also, since LEDs degrade faster under warmer conditions, fans improve

Our Best LED grow lights deliver over 90% absorbable light to your plants, compared to only 15% with High-Intensity Discharge Lighting, but that’s not where it ends. The ultimate goal to developing a Commercial and Warehouse Grow-ready LED Grow Light is to be able to deliver the optimum wavelengths your plants require and be able to support all cycles of plant growth.

Plants crave different wavelengths during each cycle of growth therefore you need the appropriate elements designed into your lighting system to support this function. By using led hydroponics LED Technology, we developed a series of LED Grow Lights that BEAT Metal Halide & High-Pressure Sodium Lighting.

In addition, as our LED Grow lights Uk emit only narrow bands of light at these frequencies in the light spectrum, this maximizes the effect of the LED grow light in relation to the electricity used.

Do led grow lights work? Yes LEDs work for growing, you just need to buy good quality led grow light Bulbs. We use Cree LEDs from the USA, Samsung led and a high quality isolated power supply that’s why we can give you 5 years warranty and 90 days money-back guarantee (see Terms for more info) We can show you led grow diaries to prove LEDs work. Check out led hydroponics YouTube channels click to see youtube

Most led grow lights on e-bay and Amazon or directly from China use cheap Chinese led chips not always the right spectrum that works for growing. Disco lights are not good for growing.Their lights look similar, even have the same information and model name.

We have a service centre in the UK. And a 4 to 5 days turn around. You don’t have to send faulty lights back to China and wait for 5 to 12 weeks to get them back or have to pay for shipping and VAT when they come back therefore not saving money in the long run. Most Chinese copy’s don’t work anyway.

Although the majority of products are made in China nowadays, Chinese companies don’t have the same trading standards. Our products go through stringent testing to ensure that they last the five year period and more.

We offer a 100% full UK warranty. Get peace of mind, buy with confidence, and more importantly, achieve RESULTS.

Q: What is the Lumen output for your LED grow light?
Q: Which colour spectrum do I need for my plants?
Q: How do LED grow lights work?
Q: Does LED grow lighting burn hot like HID systems?
Q: People say that LED growing lights save you money on your power bill. How much?
Q: I’ve heard some people say indoor Led grow lights don’t work, why is that?
Q: Are these LED lights discreet?

We offer the best selection of LED grow lights at prices you will love.
Check out what our customers rated us their top products.

Free Shipping on All Orders Over $75

What are you looking for?